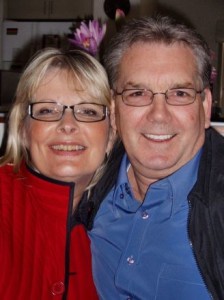 From a spiritual perspective, My journey has been interesting and surprising to my family and some of my friends.
When I was about 17 I remember my dad saying to my neighbours, “well as long as my kids obey the Ten Commandments, I will be happy!” but hey, that’s fine but nobody taught me what they were because I grew up in a non-church background with no Biblical understanding of God.

Many of my friends were from a Catholic and Protestant background, and I found the denominational differences difficult to understand and hypocritical. Plus, not having any biblical knowledge of two spiritual kingdoms at odds with each other, I could not understand why a so called loving God would allow Hitler or Pol Pot and other despots to inflict such atrocities on fellow man.

At the age of twenty, I made a decision that God and the church were irrelevant to my journey through life. And as far as the Ten Commandments were concerned, I broke every one of them! 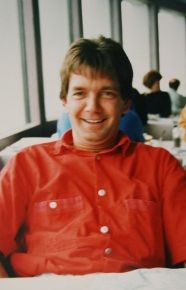 In 1990 at the age of 42, married for the second time, My wife Karen and I experienced a total business failure and complete financial loss, everything that I valued and worked hard for was gone.

During this time we were given a book called, This Present Darkness by Frank Peretti. And from reading this book, Christianity and the spiritual realm that surrounds us suddenly made sense and within 2-3 days of reading this book, God revealed Himself in a very real and profound way to both Karen and I, and it left us in in no doubt about His “Realness,” something that I could not understand beforehand Our conversion to Christianity was a total commitment to continue through life according to God’s ways, not ours, we had “been there, done that” and that “just plain don’t work!”

However past emotional, mental and psychological baggage took us on a search for personal healing, cleansing, deliverance and a good discipleship course.

Our personal growth and experiences from 1990 onwards were wide and varied and it would fill a book to explain it all, it is sufficient to say that for the first 42 years of my life I walked without God and I now walk everyday with Him and there is no comparison, I am not delirious, insane or ramblings, it just that I have lived in both Spiritual Kingdoms and I would not trade Kingdoms for all the money in the world.

One kingdom brought destruction to my life and the other Kingdom, God’s Kingdom has brought healing and transformation to the emotional, mental and psychological garbage that was in my life.

By the way, don’t mix up Religion with Christianity, they are two very spiritual experiences, one makes you a slave and the offers a freedom that you could not possibly imagine without firsthand knowledge, try it, check it out, you will be amazed!

Since 1990 I have had the privilege of using my business skills and expertise in the Christian community. These are some of the areas I have been involved.